What initialization steps are required when running the DT018ATFT in RGB mode?

For RGB, there is no initialization code to make this work out of the box, just pin configuration.

For MCU and RGB:

The RCM1 bit is used to select either the MCU (0) or RGB (1) interface modes (for writing display data to frame memory).

The differences between the two are:

RGB Interface 1 (RCM [1:0] = 10) - Writing data to frame memory is done by PCLK and the data bus when DE is High. The controller must transfer the PCLK, VS, HS and DE signals to the driver.

In the case of using the RGB interface (RCM1 = 1) with the Serial MCU interface (IM2 = 0), you can use the SDA pin for serial communication between your microcontroller and the display driver.

In SEACOMP Tech Forum you can ask and answer questions and share your experience with others! 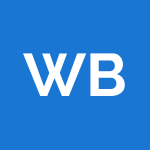 Unfortunately, I cannot display any image. Depending on ILI9163C driver's registers settings we can see white screen or white screen with black vertical lines. If I don't set display driver registers (as described in the opening post) all screen is white.

As MCU I use Renesas S7 with built in RGB interface controller.

My display is connected as follows:

RCM0 - both connections (3V3 and GND) were tested.

I set back porch settings according to default values of ILI9163C driver:

Horizontal sync signal has 3 clock cycles which is defined minimum in driver's manual.

Clock frequency is set to 7,5 Mhz which gives PCLK period about 133 ns - much more than required minimum.

to waveforms described in 6.8.2 chapter in Ilitek ILI9163 specification.

Data Enable pin level configuration is not clear for me. From timing charts - described in the Ilitek manual - I understood it should be low for valid data, but description and opening post say it should be high. I tested both settings - without result.

Is there any mistake in my configuration described above or should I check or configure anything else? 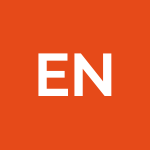 Thanks for the detailed information.

Did you turn the backlight on?  You should see the LED glowing.

Yes, I did. LEDs  are glowing.